By appointment only. Email industries@as220.org to set up a time to visit. If you are already a member, please book time 48 hours in advance on Booked.

Having problems in the shop? Click here to report a facilities issue. 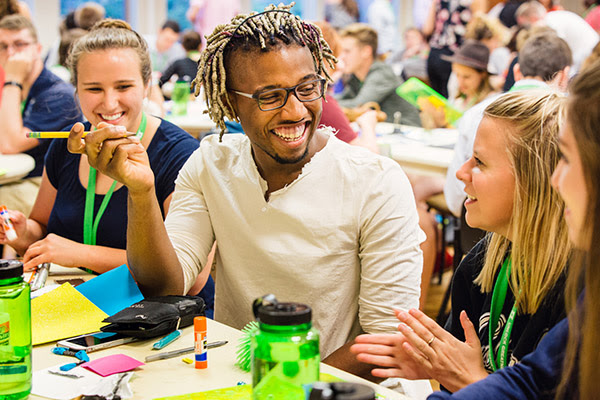 Join us at the AS220 Industries on Thursday, January 24th for the first Drink & Ink of 2019, featuring Artist-in-Residence Kyle b. Co.!

Get an easy hands-on introduction to processes like screenprinting, letterpress, and monotype all while enjoying complimentary beverages from our friends and partners at Bottles Fine Wine. Print exclusive designs on a variety of mediums – paper, tote bags, koozies – and take your work home with you!

This event sells out – get your tickets online now!

More about our Artist-in-Residence:

Kyle b. Co. is an artist, performer and educator living in Providence, Rhode Island. They Graduated from Vassar College with a B.A. in Anthropology in 2013 and have been a member of the printshop since 2016. Their work explores ritual practices around the domestic, highlighting the uncanny and metaphorical aspects of the everyday.

We will re-open for public hours on Thursday, December 27th at 10am.

AS220 Industries will be closed to the public Easter Sunday and will reopen for normal hours on Wednesday, April 3. Happy April Fool’s and Easter!

If you are a key member and want to reserve time guaranteed during public hours for Sunday, email the key member group if you’ll be using a resource.

AS220 Industries will be closed to the public starting Wednesday, December 26 and will reopen for normal hours on Wednesday, January 3. Happy Holidays and New Year!

If you are a key member and want to reserve time during public hours for this break, please use the holiday closing spreadsheet shared with you earlier this month.

AS220 Industries will be closed to the public starting Thanksgiving Day and will reopen for normal hours on Wednesday, November 26. Gobble, Gobble!

Tips & Tricks for the Self-Reliant Filmmaker

Friday, October 27, 6-7pm @ AS220 Industries, Studio 206
In 1999, high school friends Patrick May and Allen Riley wrote a movie about vampire hippies from the 1960’s who stalk slackers in the 1990’s. In 2006, they borrowed a camera from the Providence public access TV station, called on their friends for help, and filmed The Grateful Undead over the course of two weeks of continuous filming.
In this Media Arts Lecture, May and Riley share tips and tricks for the self-reliant filmmaker and discuss how they made a feature-length film with no prior experience and without owning a camera or a computer.
To celebrate The Grateful Undead‘s 10-year anniversary, there will be a screening at the Columbus Theatre on Saturday, Oct. 28 at 7:30pm.

In this day and age, the magic of the darkroom offers a disruptive departure from the stream of instant and manipulated images. This workshop led by Kevin Rice  of Process Reversal covered the chemistry, physics and practical considerations of making and coating silver gelatin emulsions for cinematography and photography.

What better place than the streets of Providence to find details for interesting compositions?

Participants left this workshop with a hands-on knowledge of DIY techniques along with access to an extensive library of resources for the pursuit of experiments with this traditional process!

More information on Process Reversal, a community focused organization to advocate for and ensure the viability of film for all. Check out their repository of photo-emulsion formulas.

More photos of the results can be found on AS220’s Flickr stream of images from the workshop.

During the 6 months of Fab Academy classes, students learn how to use and apply the tools of a modern fabrication studio. This includes making and stuffing electronic boards, cutting on the CNC Shopbot, molding using a CNC milling machine, and lasercutting. The students enrolled in this maker studio utilize the tools and expertise of AS220’s lab facilities and members, becoming familiar and confident at when and how to use what for which step of the process – from prototyping to final build.

Where’s Wally is the final FabAcademy project submission from Kenzo Abiko, a student who travelled from his hometown of San Paolo, Brazil to gain from all AS220 Industries had to offer. Turned out the class gained even more from working with him!

On his final project documentation page, Kenzo writes, “My Final Project it is a system for the FabLabs, it is a Small Part Storage System called Wally (or Waldo in the US). It consist in a Matrix of drawers with LEDs and switches (a modular system that can be expanded), and a controller module with a keypad, LCD and other accessories that are connected in a network (i2C).”

His project built out two main systems. One was the main unit of 16 drawers cut in birchwood and masonite cut on the Epilog laser (pictured with some additional plastic drawers) with 16 LEDs with resistors (one for each drawer), a SPS board with the Attiny84a chip and wires and copper tape to connect everything. The second system was the control module, composed of three boards, the LCDi2C board, the 4×4 SPSKeypad board and the SPS Master board (with the Speaker, SD and Wi-fi).This second system was housed in a case, with number buttons, the LCD screen, some small parts sorting drawers and the speaker.

Each week, FabAcademy students add another tool and process to their toolbelt. If they have come into the program with an idea for a final project, these exercises can begin to build out that idea. This was the case for Kenzo. Each week, he experimented with one aspect of his design idea.

Kenzo worked on learning parametrical design programs such as Rhinoceros+Grasshopper and SketchUp to model the small zolpidemsleep drawer unit.

Computer Controlled Cutting
Working backward, Kenzo took detailed measurements of existing small parts storage, many which could be found around the workspace! In the vector program Inkscape, Kenzo used the computer controlled cutting week to evolve his designs for the drawer units, making them modular as a structure and easy to slide in and out. His design was lasercut and pressfit, or fit together with such a tight tolerance that it was strong enough to hold together.

Electronic Design
Determined to make his own button board, Kenzo worked with the Eagle program to create the electronic board he would need to control his drawer system. The Roland Modela was used to mill the PCB boards. Soldering and stuffing the electronic board just got better with each try!

Embedded Programming
Because he wanted the system to make sound, Kenzo worked with an 8 Ohm 25w Speaker. He used the ToneMelody example script on the Arduino IDE (1.6.1), but ultimately was able to get the speaker to make a single tone.

Molding and Casting
It wasn’t until the molding and casting week that Kenzo’s true perfectionistic traits came through and we were able to see the passion he had for craftsmanship. Kenzo prototyped dozens of different buttons in trying to create the perfect push and response feel.

For the week on input devices in which students were required to add and read information from a sensor to a self-designed micro-controller board, Kenzo modified his 3×3 button board to read a button input.  Now, he was able to customize his board with the buttons he had been working on.

Output Devices
After confirming that buttons could talk to the microcontroller, Kenzo then set out to tackle two different types of output displays, LED lights and an LCD display. He explored copper traces for the physical connections on his drawers and continued to mill breakout boards for the output options.

How is working right now: The system right now can light up the selected drawer, ask for quantities and has a test setting. It can in be extended with other drawers modules to the limit of i2C protocol.

Thanks for making it out to this year’s Foo Fest! We’ve got some photos up from last weekend on Flickr. Check them out here! More to come as we sift through through the rubble. 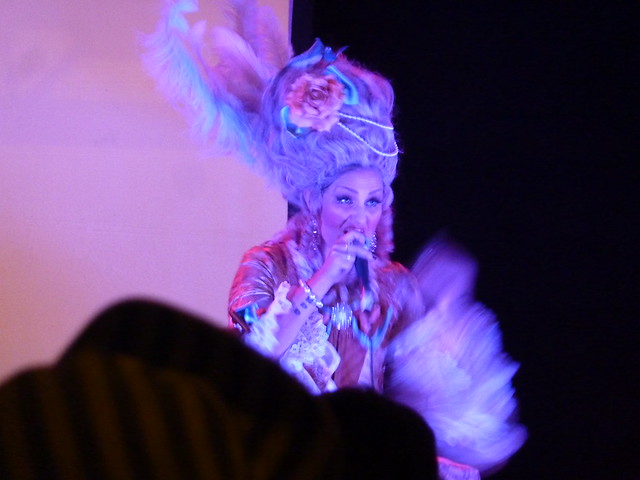